Stemming from the heartland, Iowa, Dr. Shannon was awarded a Naval commission in 1979 and entered Kirksville College of Osteopathic Medicine. Graduating in 1983, he went on to complete his internship in Jefferson City, MO. before transitioned to military life, completing two tours – one of which was aboard the Dwight D. Eisenhower, CVN-69 as general medical officer.

Dr. Shannon entered a family practice residency at Naval Hospital Pensacola, graduating in 1991 certified by the American Academy of Family Practice. He was granted a position in family medicine at Naval Hospital Orlando, completing the assignment as Director of Medical Services.  This was followed by an assignment in Bahrain, before returning to Pensacola after 18 months of service. 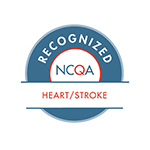 Back in the family medicine program he acted as a team leader for eight future family physicians. Electing for a trial of civilian life, Dr. Shannon transferred to the navy reserve and assumed helm as Director of Emergency Services, Penobscot Valley Hospital in 1998. While at PVH he was elected to Chair of Medical Staff and developed the Health Center. The Health Center in its entirety was incorporated by the newly developed Health Access Network in January of 2003. In 2004 Dr. Shannon retired from the navy having achieved the rank of Captain.

Dr. Shannon has been with HAN for the last fifteen years and continues to support PVH by working part time in the emergency department. He and his wife, Amy,  settled in Lee and raised two additional children Alex and Julia.

Making a difference in the lives of our patients and our community.